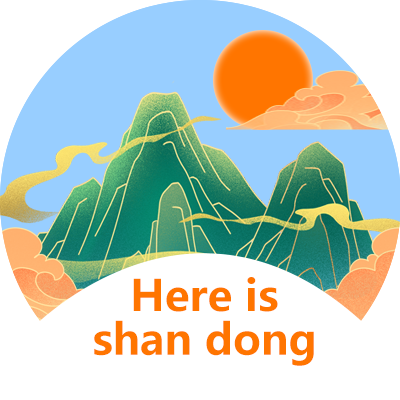 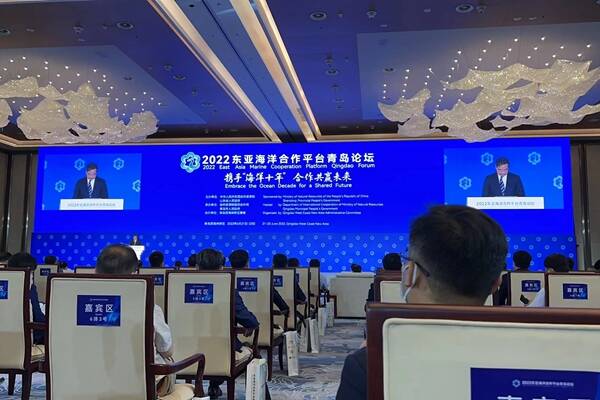 The opening ceremony of the 2022 East Asia Marine Cooperation Platform Qingdao Forum gets underway on June 22. [Photo provided to chinadaily.com.cn]

During the opening ceremony, the United Nations "Ocean Decade" Ocean and Climate Collaborative Center was approved and will be established in Qingdao WCNA. The International Federation of Maritime Business Associations was unveiled, and the "Modern Ocean City Research Report (2021)" was issued, which proposed an effective path for major cities like Qingdao to build leading modern marine cities.

Themed "Embrace the Ocean Decade for a Shared Future," this year's Qingdao Forum focuses on discussions around goals of the Decade of Ocean Science for Sustainable Development (2021-2030) proposed by the United Nations to boost international cooperation for the sustainable development of the oceans.

Around 400 guests including marine experts, economists, artists, and entrepreneurs from many countries and regions participated in the Qingdao Forum both online and offline to jointly deepen the exchanges and cooperation in the fields of the marine economy, science and technology, and environmental protection.

The event, which lasted until Thursday, consists of an opening ceremony, a main forum, seven sub forums, the Global Marine Tech Innovation and Entrepreneurship Contest, and the East Asia Marine Expo.

As a main event of the East Asia Ocean Cooperation Platform, the Qingdao Forum has been held for five consecutive sessions and has become an international ocean forum with great influence as well as an important vehicle for Qingdao to deeply integrate into the Belt and Road Initiative.